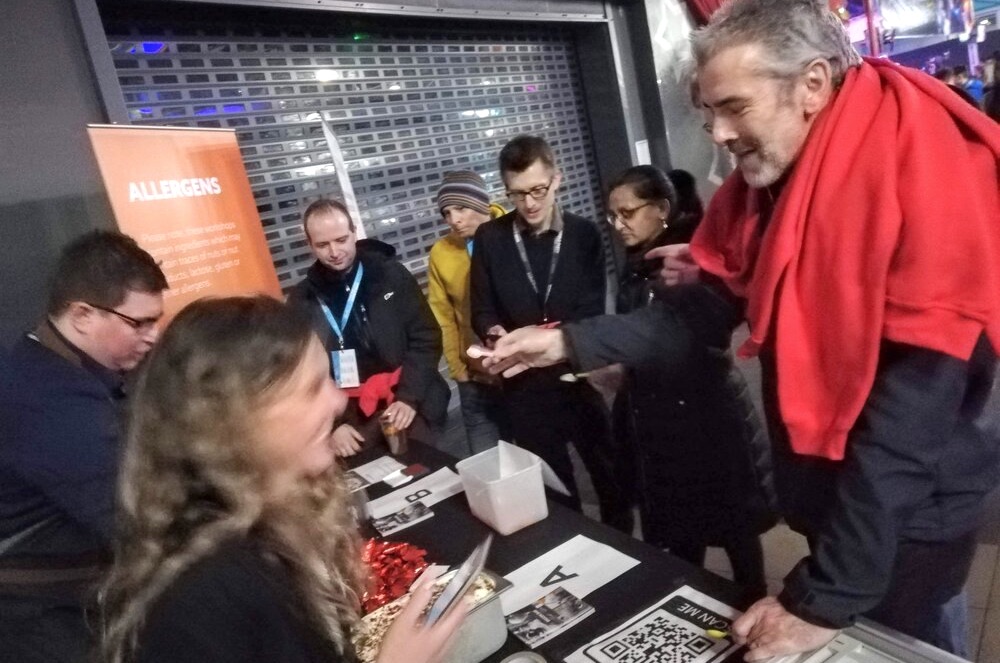 In February 2020 a global food delivery business invited Rewrite Digital to participate at their annual two-day event for 600 delegates from across the planet. They were showcasing how technology will shape the future of food and society at large.

Teaming up with Tiny Giant and Brozen, we used AI to create three flavoursome ice creams based on global data from the brand’s most popular household deliveries.

The three flavours were:

On day one, we created a human Vs machine taste challenge. We invited delegates to sample two ice cream flavours: one generated by AI and one created by a human. Could they tell which was which?

The following day, we revealed the results, delivered tech talks (featuring a live ice-cream making demo) and served up several hundred pots of the two other AI-generated flavours.

A hugely successful collaboration between humans and machine that allowed 600 delegates to literally taste the future.

70% of tasters said they preferred the human-created flavour from day one, with 62% of these correctly identifying its creator.

However, 51% per cent of those who preferred the AI-generated flavour incorrectly thought that humans had created it, thinking that, perhaps, a machine couldn’t create such a nice flavour.

At the end of the two-day event, delegates left feeling inspired and empowered about the relationship between humans and technology.

“Using machine learning to create truly unique ice creams from our most popular dishes was pure genius and reinforces how technology powers everything we do.”